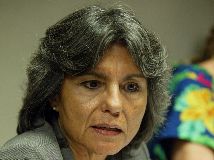 (Translated from Spanish by its author).

It is surprising to realize that the book War Against all Puerto Ricans has been defended “with tooth and nails” by people who haven’t even read it and even by others who are well aware of the fallacies, exaggerations, and half-truths it contains and describes, as well as of the fact that its author defames the Nationalist leader Pedro Albizu-Campos. Perhaps there will be in the Academy students and professors who will study this event as a monumental phenomenon of marketing, public relations, and open and effective manipulation of the mass media.

Were it the plot of a novel based upon a handful of twisted historical facts, we could state that don Pedro Albizu-Campos is the protagonist and the U. S. Government is the antagonist with numerous secondary characters who nonetheless are also important. On the other hand, if it was the purpose of the author to write an authentic historiography about the invasion and military occupation of Puerto Rico and the armed resistance by the Nationalist Party, it is a forced conclusion that it does not meet the indispensable conditions of the rigorous account that he promised.

Nelson A. Denis, a New York politician who was a state assemblyman during four years and lost his seat in 2000, is marketing a history book for which he claims having spent forty years just gathering data. Denis, born in New York City on September 10, 1954 of a Cuban father and a Puerto Rican mother, says that, in addition to reading a a great number of historiographical sources, he examined the file that the FBI kept on Albizu and interviewed many Nationalists and veterans of the 65 Infantry Regiment, a U. S. Army unit known as the Borinqueneers (after Borinquen, Puerto Rico’s Indian name). He says that he became interested in writing this book after meeting in the city of Caguas, Puerto Rico, a relative who told him he had been Albizu’s “bodyguard”.

Those of us who have spent years researching Albizu and the Puerto Rico Nationalist Party-Liberating Movement through the examination of documents, often original ones, in addition to personal interviews, know that the persons who have claimed having been Albizu’s bodyguards, drivers, barbers, and even prison guards without showing any documentary evidence and without their claims having been corroborated by other means have not been scarce. That Denis accepted his relative’s claim without any corroboration, would not be relevant were it not for the fact that such is his way of not only interviewing, but also of reporting the outcome of his interviews.

Of course, oral history is a valuable resource in historical research when there are no documentary sources or the existing ones are not available. This author not only has used it, but also established on his own initiative an Oral History Center at the Polytechnic University of Puerto Rico, where I was a professor and Dean of Students. However, it is a must that those who resort to oral history research ascertain that the persons interviewed are highly credible sources whose vital experiences clearly show that they do deeply know the matter about which they report. In War Against all Puerto Ricans, the author used this resource, but he does not tell us who were the persons he interviewed, why he considers them to be credible, or where or when he conducted the interviews. Granted that it is reasonable to omit a source’s name if the person requires beforehand to remain anonymous as a condition to reveal information, but such was not the case with the many persons Denis claims to have interviewed.

There are other serious deficiencies. Too many bibliographical notes don’t respond to the text with which they are linked in the body of the book or in which the sources mentioned are not the correct ones. It is not prudent to enumerate them in this so limited space, so I will only mention some examples that are not necessarily the most eloquent, but rather the ones readily at hand.

In note # 20, page 333, the author provides as bibliographical source magazine Verdad, February 1953 edition, No. 8, Year I, but if you look that up, you won’t find the quoted article, for the right year is II. Something similar happens regarding note No. 5, page 333, Pedro Aponte Vázquez, Yo acuso y lo que pasó después. (Bayamón, P. R.: Movimiento Ecuménico Nacional de P.R., 1985, 41). Number 41 refers to page 41 of that book, but the edition of the book with that title was not published by the Movimiento Ecuménico Nacional de P.R., for which reason, if you look for page 41 you won’t find the pertinent data. That organization published only the book titled ¡Yo acuso!: Tortura y asesinato de don Pedro Albizu Campos. There have been several editions with the same title and several more with the subtitle Y lo que pasó después, but there is no text whatsoever on page 41 or, if there is any text, it does not correspond to note No. 5.

Moreover, the author provides the FBI file as reference for plenty of data and, although he does mention the section where they are supposed to be, he does not say who originates the document, its date, subject, and to whom it was addressed. Instead of providing those data in order to facilitate the search for the document, Denis provides the section number followed by a figure which readers will interpret as page number. For instance, in note 25 of page 334, the author refers the reader to “Section No. VIII, 66-67”; that is: pages 66 to 67 of that Section. The problem is that that file is not set up that way, as consecutive pages as in a book, but on the basis of individual documents. Indeed, some documents may have several pages (in which case it is advisable to say how many), but the reader needs to know what kind of document is involved, its date, who sends it and to whom and even about what subject in order to be able to find it. This deficiency causes the impression that the person who wrote the book does not know how the quoted file is organized and, still worse, it impedes the reader to verify where the data came from.

Besides those notes not being useful, the author makes surprising statements which trusting readers will accept at face value without knowing whether they are true or not, unless, having researched those specific events or historical figures or for some other reason, they know if the statements are true or not. Let’s see some examples without any pretense of being exhaustive:

Denis went overboard when he affirmed that there was no armed resistance in Puerto Rico to the invasion by the U. S. Army in July, 1898. Finally, for the benefit of all the interested parties, the author ought to closely revise his book and make all the corrections that have been pointed out to him, both publicly and in private, before it is translated into Spanish and before the English version is published as paperback.# 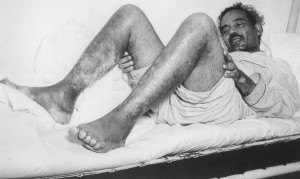 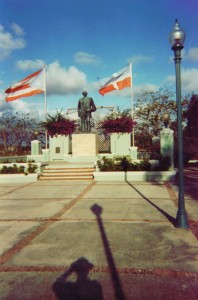 The opinion of the U. S. Supreme Court in Braverman v. United States (317 U. S. 49) had legal and historical significance as well as direct impact on the life of revolutionary leader Pedro Albizu-Campos and his life-long struggle for independence.

It is repeatedly mentioned in official correspondence by J. Edgar Hoover and many of his agents in Albizu’s FBI file, which Nelson Denis, author of a notorious book about Puerto Rico’s recent political history, insists is one of his main sources.

However, even though he is a graduate of Yale Law School and is known as a New York politician, Denis apparently failed to realize its important legal, political, and historical implications, for he does not mention it at all in his book or during his media tours.

See my discussion of this case and its significant implications in Albizu: Su persecución por el FBI.

This book is available at Librería Norberto González and from <http://www.lulu.com/shop/pedro-aponte-v%C3%A1zquez/albizu-su-persecuci%C3%B3n-por-el-fbi/ebook/product-17536539.html>.

Here is Braverman vs. U.S